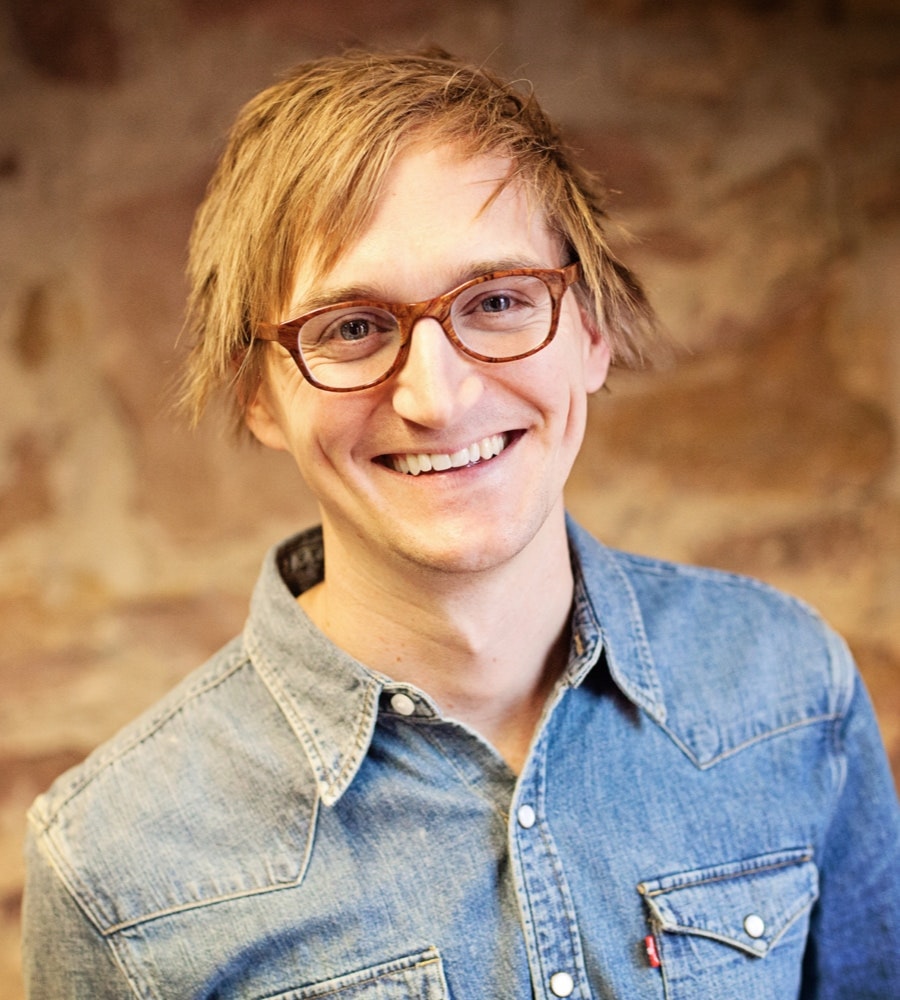 Academic records could soon be stored on the public blockchain, referred to as an on-chain credential. On-chain credentials would be permanent, transparent, and owned by the student. They would also unlock a new type of educational institution: the airdropped university.

With this information, the airdropped university could launch and scale using a three step blueprint:

This article takes a look at The Airdropped University Blueprint inspired by LooksRare and explores some of the impacts of on-chain credentials.

Two weeks ago, an upstart NFT marketplace website was launched called LooksRare. They were competing against OpenSea, the long-standing incumbent founded four years ago.

By all accounts, OpenSea has a seemingly impenetrable head start with over $300 million in venture capital funding, a valuation of over $13 billion, and a daily revenue of $4.2 million.

It was impossible for LooksRare to compete head-to-head, so they simply changed the rules.

LooksRare launched as a community-owned marketplace. In less than 24 hours, LooksRare bootstrapped users to their new marketplace by using a community token, $LOOKS.

Here's how it worked.

They gave the founders 10% of the token supply, the community 75%, and the remaining 15% was split between the treasury and other stakeholders.

Second, LooksRare wanted to attract power users to their platform.

Since all transactions on the blockchain are visible to the public, LooksRare gave its token to anyone who traded more than 3 ETH on OpenSea in what's known as an “airdrop.” The tokens were “dropped” into the wallets and users could claim them. The more someone had traded previously on OpenSea, the more $LOOKS they received. Suddenly, the most active NFT traders had a reason to use LooksRare and benefitted from the success of its token.

Third, LooksRare enabled people to buy its token and stake the $LOOKS token.

Staking simply means the users could lock their tokens in $LOOKS, much like you would put money into a money market. As a staker, they then receive a percentage of all the transaction fees from the marketplace as well as additional $LOOKS rewards - even more incentive to help LooksRare succeed.

Using this community-owned approach, LooksRare generated $110 million in revenue in one day and over $5 billion in transactions in 10 days.

LooksRare still has a ways to go to attract more users and to move beyond people selling just to take advantage of the incentives. However, this bootstrapped launched shows a model for launching and scaling educational institutions: The Airdropped University Blueprint.

The general consensus when talking about higher education is that luxury brand universities are well-positioned for the future, maybe impenetrable. If you are Harvard, or Stanford, or a well-known research institute, you not only offer an education recognized by employers, but also an elite network worth the shockingly high sticker price.

The emergence of decentralized finance, or DeFi, enables educational competitors to change the rules and challenge the status quo of education. DeFi can reform school funding, but it can also spark the start of entirely new entities.

As credentials move on the blockchain, they are publicly visible and validated. This makes it easy for a student to share and use their credentials. It also means other startups could incentivize these students, just as LooksRare did.

Currently, it is easy to find alumni from a school by searching on LinkedIn. What is different in the ed3 world is you can move beyond messages and incentivize alumni and the general public to support your school or institution.

If we were launching Airdrop U, an online liberal arts university, we could use The Airdropped University Blueprint to launch and scale our program. Here’s how we would do it.

First, we create the $AIR token.

We will give 10% of the tokens to administrators and professors so we can attract the best talent and have them benefit if the school succeeds. 75% will go to the Airdrop U community (people we are attracting as supporters), and 15% will cover operating costs and additional expenses.

Second, we prepare for the airdrop.

We decide what types of graduates we would want associated with our school. We could use anything that is on the public blockchain, which might include graduates from a specific university, when they graduated, what they studied, who they had as a teacher, and more.

In our case, we want anyone who studied at a liberal arts school to help us launch. We identify their wallets, which hold their credentials, and provide them with an airdrop token. We then spread the word that any liberal arts graduates have $AIR tokens they can claim for free.

Third, we incentivize these graduates to stake their $AIR tokens.

In our case, we have students paying to take our classes. These expenses could go back to token holders along with additional $AIR tokens. As students taken classes, they could also earn tokens and stake those tokens as well. In this way, their classes begin to pay for themselves.

Long after students and faculty leave Airdrop U, they have an incentive to see it succeed. In this way, Airdrop U builds engaged alumni. They are not connected to one another from a shared past experience but rather from investing in the present and future of Airdrop U. The university doesn’t need expensive ad campaigns and glossy magazines but instead invests in the token, which empowers word of mouth marketing for Airdrop U.

Scholarships could be provided in $AIR tokens. Donors could send $AIR tokens to the Airdrop U wallet. Future graduate programs could be offered as a reward for $AIR stakers and alumni.

Airdrop U in Action

The example of Airdrop U is a thought experiment, but one that is not far away.

Arizona State University (ASU) has been exploring blockchain credentials for over three years, especially to transfer records between community colleges and ASU, and has hosted the Digital Credentials Summit to build the on-chain credential future.

Student Coin has been building a platform to enable students to create their own tokens, potentially to fund their education.

Even elementary students in India are receiving on-chain credentials for completing projects.

The most elaborate of the current efforts is the non-traditional educator, Odem.

Odem offers online classes in business, blockchain, and development and publishes the certificates on the blockchain. They also offer education skill badges (ESB), according to their whitepaper, where students can verify the skills they have learned on-the-job. These skills are verified by the employer and added to the blockchain as part of the students on-chain credential.

Odem has also created the ODEM token (ODE) and is using tokenomics to build a marketplace connecting students, teachers, employers, and institutions.

The ODE token has been trading for over three years. While it is well off its high, it is the 1,441st most traded token according to CoinGecko:

Airdrop U could use any of these examples as ways to start.

The Innovator’s Dilemma argues that successful incumbents do not have incentive to change or invest in technology that will undercut their success. Innovative institutions like ASU may pursue on-chain credentials, but it seems likely that pressure from non-traditional education providers using on-chain credentials will be the catalyst to wider adoption in higher education.

This pressure could force adoption of on-chain credentials. Or, it could lead to two tracks of credentials - on-chain and off-chain.

The true impact of on-chain credentials is murky, but there are reasons to believe it could solve key challenges in the education system.

How The Airdropped University Improves Education

The opportunity to airdrop a university into existence could help solve major challenges facing higher education.

An airdropped university could incentivize competition and enable pay as you go models. Students could take out loans with tools such as Aave, potentially backed by the $AIR tokens they earn. With auto-staking, students would be earning interest, or rewards, during their education to lower any debt burden before they leave.

Competition in a Static Industry

The most successful educational institutions have been around for centuries. It is difficult to start a new institution and hard to change existing institution.

The airdropped university would use the strength of these long-standing institutions as a launchpad for their own efforts. The influx of competition could mean better pay for the best instructors, lower costs for students, and new models to reach more students.

True Assessment with an Educational Marketplace

It’s difficult to know which school is the right choice for a specific student. College rankings are not based on outcomes but rather inputs.

The airdropped university solves this by creating an educational marketplace. Parents and students could look at the $AIR token and get a sense of the success and trajectory of the university.

As other universities launch with their own tokens, there will be a supply and demand dynamic. It is not an annual publication of US News & World Report that will tell someone how good a school is, it’s a constantly updated price graph that transparently shows what people think of a school.

While this may seem like a dystopian world of commodification, it could be seen as a more honest and transparent way of ranking schools. Instead of surveying presidents and encouraging glitzy spending to increase an annual ranking in a magazine, schools are ranked by what students think.

As Balaji Srinivasan notes in the clip below, education will not be alone in the transition. Industries and entities that have enjoyed geographic monopolies - cities, universities, hospitals, etc. - will now be on a ledger, comparable and even tradable with other assets.

Want to know which city to move to? Check the price and which city is moving up. What school is best? Look at how many people hold the token.

Much like local and regional newspapers were thrust into the world of international competition thanks to Google, educational institutions now have to prepare for the same future.

Technology is neither good nor bad; nor is it neutral.

The advent of on-chain credentials will bring profound changes with unexpected consequences.

It is also possible that these credentials will only increase access to those who already have had it, furthering economic disparity and opportunity. On-chain credentials are permanent, so students will forever have those experiences tied to them, for better or worse. This ed3 future also brings further commodification to the education sector, which could undercut the mission of educating and improving quality of life.

The Airdropped University shows just one way that education could change, much quicker than anyone expects. It is essential that educators, policymakers, and technologists explore these impacts now to build the future, rather than waiting for it to happen to them.